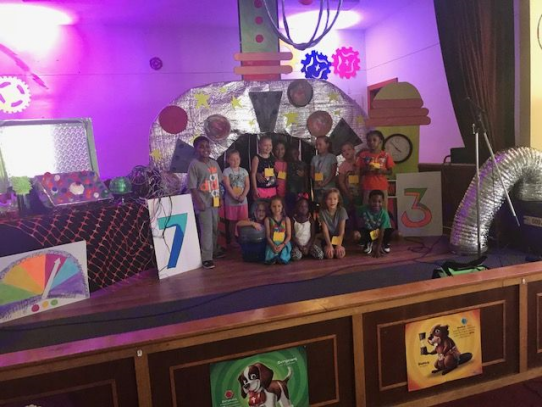 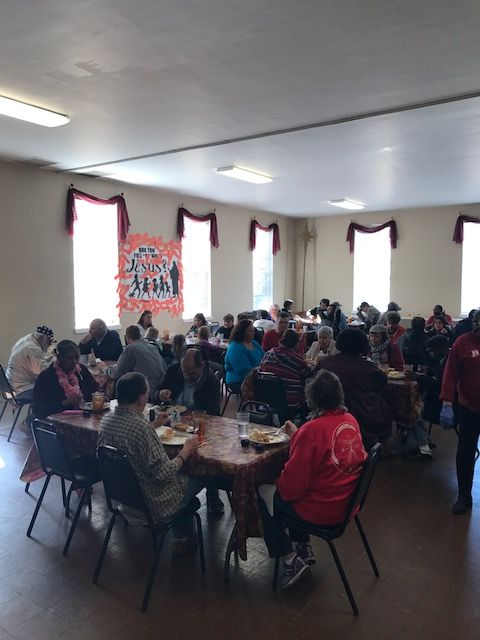 Lee and Lisa were privileged to serve as missionaries with the IMB. Our children, Tiffany, Michelle and Paul, were with us on our first assignment until they each, in '02, '06 and '08, respectively, began college. We served from 2000 until 2008 in a Middle Eastern country with the poor at a Baptist Hospital where an Al Qaeda gunman took the lives of three IMB workers on December 30th, 2002. Afterwards we saw a movement of God among the people in the area as many Muslims came to faith in Jesus Christ. When our youngest child, Paul, began college, Lee and Lisa served from 2008 until early 2012 in the Horn of Africa working with Somali refugees and other peoples from that region. We were called back to the states in 2012 when our oldest child and her husband began their family and the Lord brought us to serve at First Christian Church in midtown Mobile, AL later that year. Mobile is now our home - all our children are married and have made us happy grandparents of 8!  John 5:17

Our church, has been a congregation for 125 years and at its current location since early in the last century. The neighborhood demographics have changed dramatically in the last 40 years, as with many churches in cities. There are now many homeless and working poor in the area and when Lee and Lisa Hixon were called to pastor in 2012 there were very few members left and very few resources available for outreach except the property. Lee encouraged the few remaining to reach out to the community with the gospel and works of mercy in the hopes of building the Kingdom and becoming a growing Body of Christ in the community once again. We stepped out on faith and initially partnered with another ministry in town, Ransom Ministries, to provide a weekly sit-down meal to the homeless and poor in our community. The goal was to offer more than just a hot meal - we would offer the hope of the gospel found in Jesus, the Bread of Life. We began this partnership in 2012 with only the building and a few volunteers as a contribution from our side and continued to host the Ransom Cafe until they pulled out of our site to concentrate on other areas of their ministry. One of their goals was to see churches continue the cafe after they assisted in beginning them.

We were unsure of God's plan but we were amazed to see Him provide miraculously for our Monday Cafe. During the holiday season of 2015 we had food left over from our holiday meals and food donated so that we did not miss a Monday of serving. We told the Lord we were willing to continue as long as He provided and He soon brought the needs of our people to the attention of His children and He continues to provide for the Bread of Life Cafe. We now begin each Monday Bread of Life Cafe with a song, a Word of the Day, usually led by Lee, and a blessing in song as we sing the Doxology. We have seen God touch many lives with salvation, healing from addictions, restored relationships, and we have seen Him move many off the streets into jobs and homes and some have become a part of the Family of God at First Christian Church. We are so honored to be a part of God's great and continuing work in our community and we are thankful for your partnership as we continue to seek to glorify Him in everything!

We often have homeless people come by looking for something to eat at the church on days that we are not serving a hot meal. We keep "to go" lunch bags packed with beanie weenies, crackers, vienna sausages, fruit cups, bottled water, or whatever we have on hand. Recently, our Zoar partners supplied us with Power Bars, Cheezits and other goodies! Our youth and children decorate the bags with Bible Verses and each bag gets a gospel tract.

We began a clothes closet ministry at the same time we began the Cafe in 2012. We now clothe an average of 70 people each week. The women can get seven items per visit including a pair of shoes. We also have children's clothing from birth to 12 and many families are seeking uniforms or school clothes. The men can get four items of clothing and a pair of shoes. The need for men's clothing is greater because donations of men's clothing are generally less than ladies. The ladies who run the clothes closet minister are trained to minister to the spiritual needs of the people they encounter each week. They pray often with those who express a concern and share the love of Jesus with all. We want every action for Christ to be an opportunity to share His love so the waiting room in the closet is set up with a television that plays the Jesus film every Monday for those waiting to get clothes - some people have even come upstairs on a Monday, they tell the ladies, just to watch the Jesus film! We are thankful for Zoar's many donations of clothing - each piece is given with love and in Jesus' name to those in need.

We had the first VBS in more than 20 years at FCC in 2013 and each year since God has provided helpers and funds to make this a special outreach to at risk kids in the neighborhood. It was after Vacation Bible School that God connected us with Zoar through sending a wonderful team from your church who were at Centrifuge at the University of Mobile. We have never forgotten the generosity of the teens in that group who pooled their "spending money" and gave it to us be used in our ministries - that really was the beginning of a partnership with so many others of our brothers and sisters in the Lord from Zoar - it's hard to recount all the ways you have encouraged us and supported the work of the Lord here - we thank you and I know He is smiles on your efforts as well!